Food and Family – A Tribute to My Grandma

Food helps shape the culture, traditions and soul of family life.  In addition to simple nourishment, food offers entertainment, adventure, reward and comfort; and often within each family are those individuals who gravitate towards the nurturing of one or more of these esteemed conventions.

Within my own foodie family, there are many members upholding these pillars of culture and tradition.  We are lucky to have several amazing cooks, not to mention artists, musicians, engineers, scientists, adrenaline junkies – you name it – adding their expertise and enthusiasm to the family table.  Thankfully, we also have some very sympathetic shoulders to cry on when one or more of these activities (and recipes) leads to a less than desired outcome.  I feel very lucky – and somewhat intimidated at times – to be part of such a dynamic group of people.

While although my family is quite a multi-talented bunch, there has always been one member to whom we have all looked for guidance.  One person who encompassed all the aforementioned attributes and to whom we all have aspired to emulate.  One cook who made the lemon meringue pie none of us could ever seem to master…  The matriarch of our family, my grandmother, Dorothy Brown.

Sadly, my family recently lost this very remarkable and amazing woman.  She passed away in the company of family at the age of 90 on June 15th in Richland, WA.  Wife, mother, office administrator extraordinaire, grandmother, great-grandmother and friend – she wore many hats and she wore them exceptionally well.  (All without messing up one hair in her always perfectly styled hairdo)  To say she will be missed is an incredible understatement.  She was the matriarch of our hearts and history and the irreplaceable head of our table.  It is with much love, gratitude and many happy memories that I dedicate this entry to her…

My grandmother was born in 1923 in Philipsburg, Kansas and spent her childhood years in Lincoln, Nebraska.  She moved with her family to Yakima, WA as a teenager, where she met her soon-to-be husband (and my grandpa), Leland Brown.  They married in May of 1942 and were able to spend a precious few months together before my grandfather left to fight in WWII.  My mother was born in May of 1943 and it wasn’t until the end of the war at age two when she finally met my grandfather.  My grandparents were two of the strongest, most formidable people I’ve ever known, but the hardships they faced were many.  Their stories have never ceased to amaze and inspire me.  (On that note, I’d say that of all my grandparents and great-grandparents)  I only hope that someday I’m able to look back and feel I’ve faced my own challenges with half their grace and fortitude.

I could write endlessly of the love, support and adventures shared with my grandmother over the years, but in keeping with the spirit of my project, I’m going to share stories of something else she gave in endless abundance:  Food – And a complete mastery of its preparation, presentation and place in the lives of my family.

As is the case with many families, there are certain recipes that define a celebration – Or the family itself for that matter.  There are recipes which have been handed down through the generations and there are recipes that would produce heartbreak if they were ever lost in the shuffle of time.  I can say with complete authority there are several such recipes born as a result of my grandmother’s foodie expertise and experimentation.  I’m heartbroken indeed to have lost my grandmother, but it gives me comfort and hope knowing that a piece of her lives on through her recipes.  I was very excited and relieved to learn of my aunts’ plan to create an actual cookbook containing all of my grandmother’s most popular and irreplaceable recipes.  I will do my best to channel my grandmother as I use the cookbook to try and recreate her chicken and noodles or her pumpkin torte.  (Note: The chicken and noodles recipe is actually from my great-grandmother, handed down to my grandmother – And now to the rest of our family… The deliciousness lives on!)

People were always asking for my grandmother’s recipes and to my knowledge she was never hesitant to share them.  The caveat being, however, it was rare the recipe ever turned out like my grandmother’s version.  Many a cook has attempted to replicate the towering peaks of my grandmother’s lemon meringue pie and many have failed mightily.  And I’d be a complete liar if I said I’d ever been able to duplicate the fluffiness of her divinity or the perfection of her pie crust.  (Even after watching over my mom’s shoulder as she nailed it every time.  Apparently I did not inherit the pie crust gene…)

Several years ago, I spent some time working in the Scottish Highlands at a small village inn.  While there, I became friends with a few of the chefs working in the well-reviewed inn restaurant.  They were truly talented and I am happy to have returned home with many new recipes and delicious memories of their Scottish (and Irish!) cooking.  One day, we were chatting about foods they’d enjoyed during their visits to the States, but had never been able to copy.  Among the foods on their lists were peanut brittle and zucchini bread.  When I mentioned those were two of the recipes for which my grandmother was widely known, they practically marched me out to the village phone booth to call my grandmother straight away.  However, as there was a 9 hour time difference and it was probably 3am at my grandmother’s house and there was currently a large gathering of sheep loitering around the one and only phone booth, I promised to call her as soon as reasonably possible. (And after the sheep mob had dispersed.)

A phone call later and a few hand printed recipe cards sent courtesy of my grandmother, my chef friends were madly racing about the kitchen gathering ingredients.  After days of experimentation and several takes on the recipes, they came pretty close to recreating the magic.  Close, but based on my personal consumption of the real deal, not quite close enough.  Granted, their versions were very tasty and I much appreciated the effort, but a couple of things were off.  Not enough lightness in the crunch of the peanut brittle – not quite enough moistness in the zucchini bread…  These were top chefs and they’d made some very enjoyable tributes to my grandmother’s recipes, but they just weren’t the same.

I never did have the heart to give them my thoughts on their renditions.  They were so happy with the results and definitely thought they’d recreated what they’d sampled in their journeys, so why ruin the party? (Plus, their results really were pretty good – and I love peanut brittle…)  Most importantly, however, was the idea that I’d been able to share a little of my family’s food traditions with people living on the other side of the planet.  Thanks to my grandmother, peanut brittle and zucchini bread now make people happy in the Scottish Highlands – hopefully just as much as they do in my family and in our home of Washington State.

I can honestly say that I’ve never eaten anything my grandmother made that I didn’t like.  Granted, I’ve never been a fan of cooked fruit and I’m allergic to walnuts and bananas, but that’s not on her.  In retrospect, I feel bad if she ever happened to catch some of the faces I made whenever I accidentally sampled her food containing any of those items.  (I do have it on absolute authority that she pretty much rocked all of those ingredients in many dishes over the years.)  Whether it was a simple fried egg, a cream pie she’d made especially for me so I wouldn’t have to eat the fruit pie or any of the dishes she made for our elaborate family celebrations or camping trips – it was all amazing.

Through my grandmother’s cooking she brought us love, comfort, camaraderie, identity and probably a few buttons popping off after one of her gloriously decadent desserts.  She brought a kind of magic to her dishes and I will forever miss hanging out in her kitchen and taking it all in.  But just as will our memories of this amazing woman live on, so will her recipes.  I can only hope we’re able to do those recipes justice as we attempt to recreate the magic.  I know we’ll give it our all, but as was the case with my Scottish chef friends, it likely won’t be quite the same.  And who knows – in following my grandmother’s inspiration, maybe one of us will get lucky and create a dish of our own to pass down through the generations.  A foodie girl can dream… 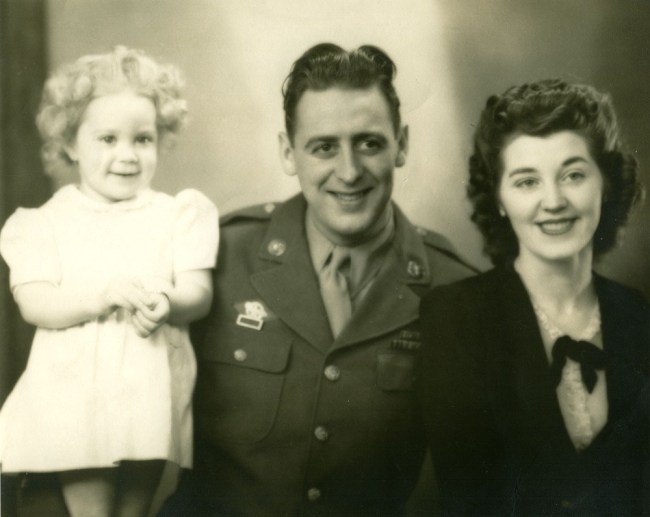 NEXT UP:   A visit to Miner’s Drive-In Restaurant in Yakima, WA.  (Yakima County)  I’ll get back to my previously scheduled programming soon thereafter, but I’d like to add a little bit more to my family tribute.  🙂

One thought on “Food and Family – A Tribute to My Grandma”

On the Way to the Secret Galaxy

The Secret Galaxy of the Stars